We enter the season with optimism! 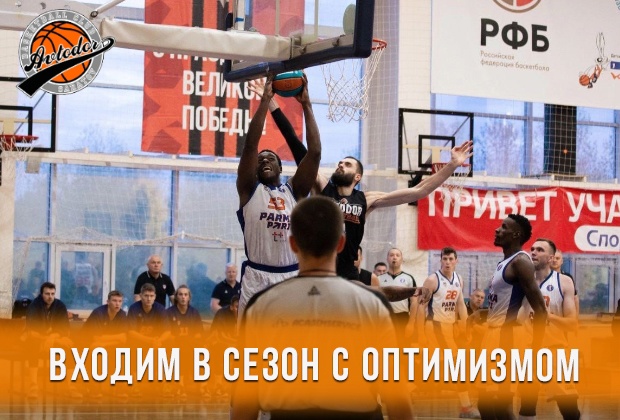 In the final pre-season game, Avtodor won back a 14-point gap and scored a landslide victory over Parma-Pari Perm with a score of 90:78 .

Our guys demonstrated truly team basketball, evenly distributing their contribution to the final victory - 7 Avtodor players at once scored double-digit points with 22 assists. The success of black and white brought a high percentage of field goal conversions - 67%. Saratov scored 8 out of 17 three-pointers (47%), as well as 25 out of 32 two-point attempts (78%).

Serbian rookie Rade ZAGORATS made a successful debut for Avtodor with 12 points, 7 rebounds and 4 assists. The best in the Saratov team was Evgeny MINCHENKO , who added 4 block shots to 10 points and 8 rebounds. Volzhan's top scorers are Brandon GARRETT and Christian JONES , who scored 14 points each and added 4 rebounds to them. Due to illness, the match was missed by Nikita Mikhailovsky .

The starting game segment was left for the hosts, who ran to the 14-point distance and left the first quarter for themselves - 25:14. In the second ten-minute period, Avtodor's players minimized their losses and gave a spurt 13:0, having tipped the scales in their favor by the big break - 40:35. Before the final quarter, the advantage of the Saratov team reached a two-digit mark - 66:56. In the course of the fourth period, the leadership of black and white increased to the maximum "+15". The final score is 90:78 victory for us!

Tomorrow, September 30, Avtodor will return to Saratov, where it will continue preparations for the first regular season match of the VTB United League with the champion of Kazakhstan Astana, which will take place on October 4 at 19:00 on the floor of the Kristall Sports Palace.

“I am very happy to join Avtodor and win the first victory in the pre-season. I guess now is the time for her. During the two days that I am with the team, I see that we have a great group of players who will only get better with time. We have to put in a lot of effort and then we will become very competitive in the VTB League.”

“After the defeat in the first match in Perm, we worked on the mistakes and today we entered the floor with maximum concentration, charged for the fight. In the first quarter allowed an excessive number of losses. But then the concentration and pressure on the ball paid off and we took control of the game. This victory is very important for us psychologically. I have no doubt that the success in Perm will give our team a positive impetus before the start of the championship. We are looking forward to the fans on October 4 at the season-opening match in Saratov with Astana. We need your support. Forward, Avtodor!